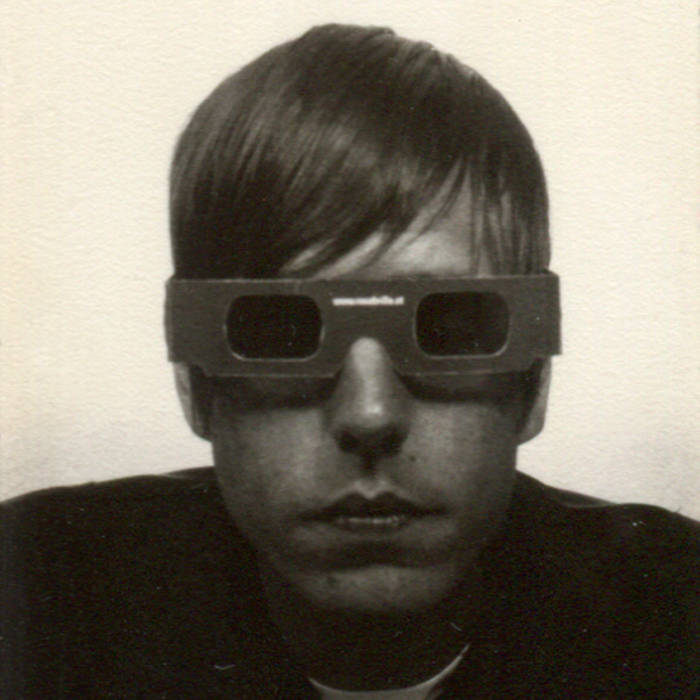 'Hypnotische' is the new project from German artist Daniel Herrmann aka Flug 8, whose Ransom Note debut 'Leuchtkraft' came out in 2017. Having also released on labels such as Smaul and Disko B, he’s amassed a small but powerful catalogue that’s situated in the liminal spaces between kosmische, ambient and minimal techno.

Acting as something of a time capsule from the recent past, the material that comprises 'Hypnotische' dates from the same late ‘00s period that gave birth to Flug 8’s acclaimed debut 'Trans Atlantik', when he was living in the industrial heart of Offenbach. Having frequented the city’s Robert Johnson club since it opened in 1999, Herrmann later became its art director, a role he also performed for the Playhouse/Klang Elektronik label family, whose basement office/studio complex played host to a vibrant musical community including such figures as Roman Flügel, Ata, Losoul, Acid Pauli, Jörn Elling Wuttke and the late Heiko MSO.

By all accounts it was a crazy time; a whirlwind of drugs, music and sleep deprivation that initially fuelled Herrmann’s considerable creative energies before leaving him burnt out and homeless. From celestial highs to crashing lows, 'Hypnotische' reflects these emotional extremes by enveloping the listener in its beguiling soundworld. Despite being assembled from a patchwork of archival recordings, it offers a remarkably rich and coherent listening experience. Any notions of this being a mere exercise in ‘clearing the vaults’ are dispelled as soon as you hit play.

Most likely the darkest Flug 8 release to date, 'Hypnotische' is permeated by unresolved melodies and minor-key unease. ‘Astrokid’ would be the perfect soundtrack for some 5AM soul searching, while the surprisingly aggressive ‘Motion Picture’ steers its Radiophonic Workshop pulses to a jarring climax. Herrmann’s own vocals drift through the sweeping phasers and dubbed-out bass of ‘Hypnotische Wellen’, conjuring up images of Neu! jamming with Spiritualized. Currents of melancholy surge to the surface in a handful of shorter, interstitial pieces - the desolate snowscape of ‘Radar’ and the snarling white noise of ‘Umlauf’.

This being Flug 8, there are moments of disarming beauty to be discovered as well, most notably the luminous synths of ‘Ein Licht’ that twinkle in the night sky above echo-drenched snare hits. Danish singer Kristina Kristoffersen aka Mono Girl (who also appeared on 'Trans Atlantik') lends her remarkable voice to the dreamy space ballad ‘Walls’, which comes off like Portishead conducted by Mica Levi. Final track ‘Magnetfeld’ is a more than worthy closer, with its affecting sunrise melodies buried beneath sheets of dense electronics.

Son of a flight captain and a stewardess, it’s hardly surprising that Herrmann’s head is so firmly in the clouds. Get ready to lose yourself to this enthralling record... and then before you know it, you’re back in the room.

Bandcamp Daily  your guide to the world of Bandcamp

MF DOOM is given his flowers, plus appearances from MC Jada Imani and Stanley Ipkuss